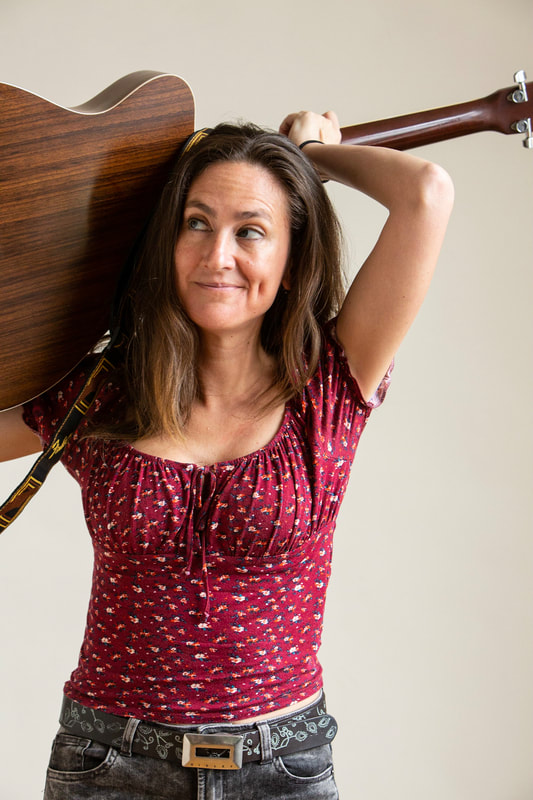 ​Joanne Vance, singer, guitarist and songwriter from Quito, Ecuador.  She studied music and Hispanic Literature at the University of Michigan in Ann Arbor, as well as Vocal and Guitar performance at Musicians Institute in Hollywood, CA where she received the Musicianship Scholarship award.  She is currently earning her Master’s Degree in Songwriting at NYU Steinhardt, where she was awarded the Paul Simon Songwriting Scholarship.

She released her album Silencios Incómodos after being selected for a grant from the Ministry of Culture of Ecuador, with which she won the award for “Best upcoming artist 2008” in the alternative pop category in the MIS BANDAS NACIONALES award ceremony in Quito.  She has since participated in various music festivals in USA and in and Ecuador, which have included in their lineup, artists such as Lenine (Brazil) and Juana Molina (Argentina).

Along to her projects as a solo artist, Joanne has collaborated with artists from different fields, composing music for contemporary dance and theater projects.  In addition, she has been invited to sing with the Symphonic Metropolitan Band of Quito (2009) and participated as a singer in a government supported campaign to fight chauvinism “El machismo es violencia” (2010).
In 2015, while living in Los Angles, the city of LA and the Civic Committee of Ecuador in LA awarded her in honor of her contribution to the Ecuadorian culture abroad.

In addition to her work as an artist, Joanne Vance, has been involved in teaching music to children and adults.  Her interest in music education led her to pursue a Master’s Degree in Education from the University of Alabama through an overseas program in Ecuador.  She has 10 years of experience teaching in either a classroom setting as well as in private lessons.