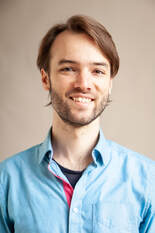 Maximillian Zooi is a New York based Saxophonist, Bass Clarinetist, Pianist, Composer, Songwriter, Arranger and Bandleader.  Originally from Los Angeles, California, he attended the New School for Jazz and Contemporary Music on a full scholarship and graduated in 2014.

As a lover of Jazz, Classical music, Indian classical music, and more mainstream genres such as Pop, Hip Hop, and Neo-Soul, Max has forged a musical identity that does not conform to any single genre or style.  His songs retain influence from all aforementioned genres but in doing so also contain many idiosyncrasies that hold the key to his personal identity as an artist.  He is also a well versed composer and arranger, with works written for all manor of orchestral and jazz instruments.  His band Star the Moonlight released their critically acclaimed debut album called Haven't You Heard, in 2018.

As a teacher Max has taught extensively in both classroom and one on one settings.  He believes that music is an essential part of the human experience that everyone has the right to take part in.  Max enjoys patiently breaking down the process of playing and creating music into easily understood pieces.  He takes pride in making his knowledge accessible to everyone, no matter his students' pace, learning style, or preferences.