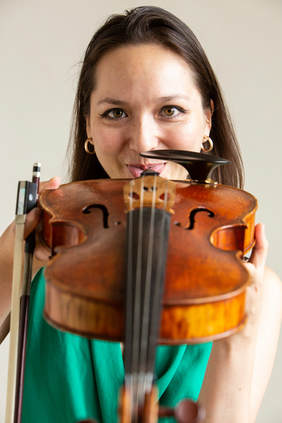 New York-based violist and violinist Midori Witkoski is an avid performer of various
styles of music ranging from classical to pop and folk. She has performed with the
Symphony of Westchester, the Bronx Orchestra, among others, in venues such as
Carnegie Hall, Merkin Hall, Bargemusic, and Suntory Hall in Tokyo, Japan. She spent
two summers in Japan with the Pacific Music Festival Orchestra performing concerts in
renowned venues across the country. Midori has also been an active teacher of the violin
and viola in the greater New York area for the last decade, and has experience working
with children as young as four years old to adult beginners. Midori received her
Bachelor’s and Master’s degrees from the Manhattan School of Music under the tutelage
of Patinka Kopec and Samuel Rhodes of the former Juilliard String Quartet.