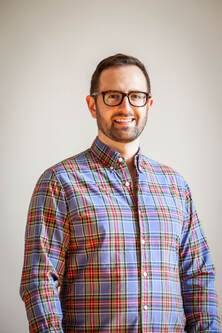 Mike Verselli is an active musician, composer and member of several performing groups throughout the tri-state area.  He graduated from the NEAG School of Education at the University of Connecticut in 2012, with a Bachelor of Science in Education and a Bachelor of Arts with an emphasis in Jazz Studies, and he continued his studies at NYU where he earned a Master of Music in Jazz Studies in 2016.


During his time teaching, Mike taught at all levels, K-12 both public and private in New York and Connecticut. He specializes in Jazz and Pop styles but also has an extensive classical background. Mike also works with vocalists, and has been a member of the summer NYU Jazz Faculty since 2015.
Mike has performed and/or recorded with many jazz greats including, Johnathan Blake, Dezron Douglas, Brad Shepik, Joel Frahm, the Alan Ferber Nonet, Mark Turner, Josh Evans, Stacy Dillard, Dayna Stephens, Mike Rodriguez, Rich Perry, Dave Pietro, John Ellis, YouTube sensation Adam Neely and many others. He is most active in the collaborative funk/electronic group, Planetary People, and the indie jazz group The Mark McIntyre Syndicate, which performs regularly at Manhattan’s legendary 55 Bar.
​
Mike has also composed and recorded for film and TV, most recently My Story Films’ 2020 documentary My Story of Alzheimer’s Disease, and the Golden Door International Film Festival featured After You’ve Gone. He also is an active audio engineer and producer, working out of Bacque Studios in Roselle, NJ.