Talia Rubenstein -  Guitar and Assistant to the Director 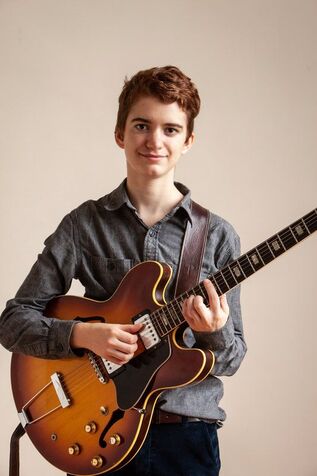 A rising star in the New York City music scene, Talia keeps a busy performing schedule both at home and internationally. She's performed at Duc De Lombards in Paris, the Kofferfabrik in Nuremberg, and the Banff Center for the Arts in Alberta. In June of 2018, Talia was a featured artist for the Belize International Jazz Festival in Belize City, where she performed both solo and as an accompanist, gave guitar masterclasses, workshops, and private lessons.​

​Talia is pursuing her bachelor’s degree in jazz studies at New York University (class of 2020) under the direction of distinguished jazz musicians including Peter Bernstein, Adam Rogers, and Tony Moreno. She recently spent time in Paris studying at the Pôle Supérieur Conservatory with guitarist Frédéric Favarel. Talia is an avid composer and has released five CDs of original music. Her pieces have been played at the Blue Note in NYC, the Banff Center for the Arts, and in countless venues across North America and Europe. Recently, she has been composing and arranging for jazz ensembles, as well as for her band, “Fassett & Rubenstein.”

A talented and dedicated educator, Talia has over five years of experience teaching in-home music lessons to students three years old to adult. She's worked as an intern at the Women in Jazz Organization and currently serves as the assistant to the director of WillYouLearn.