Will Armstrong - Founder of WillYouLearn 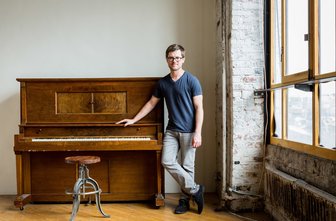 Will Armstrong incorporates the rich legacy of traditional Irish music with jazz. He has recorded with Grammy award winning Irish  musician Joanie Madden and has performed with such jazz greats such as Ron McClure, Stefon Harris, Ari Hoenig, John Patitucci, Brian Blade and Brian Lynch. He's toured with the Red Skies Music Ensemble, performing traditional and classical music from Emily Dickinson's personal sheet music collection.  Will has also toured the country with indie rock band Oh Whitney, played at New York’s world renowned cabaret Don’t Tell Mama, headlined at the Iridium Jazz Club, and served as in-house pianist at the famed Grand Hotel on Mackinack Island, Michigan. He has performed throughout the city with indie rock band The Met and leads his own group WildTonic.

As a high school student, Will trained with Calvin Jones at the University of the District of Columbia’s school of Jazz Studies. He received his Bachelor of Arts degree from Boston College and was a scholarship student at the New England Conservatory’s School of Continuing Education. In 2013, he received his Master of Music in Jazz Piano from New York University’s Steinhardt School.

In 2012, Will scored the full-length independent film, “The Caretaker,” a selection of the Long Island and Fright Night Film Festival. He also composed original works for the films “Think of Me,” “Price Check,” and “Union Square” starring Mira Sorvino. He recently filmed with Bernadette Peters for the Amazon series "Mozart in the Jungle" as her pianist.

In 2013 Will produced a limited edition “soundtrack” of both original works and new arrangements for the publisher Farrar, Straus and Giroux, to be used as a promotional tool for Alice McDermott’s novel “Someone.” The CD features bassist Ron McClure as well as Irish fiddler Tony DeMarco, flautist Ivan Goff and Grammy award winning flautist Joanie Madden.

Will has served as the musical director for the Marymount School's Drama 1 summer camp, has taught at the West End House Boy's and Girls club of Allston, Ma. and with At Your Door Music in Weston, Ma. He has taught private piano and music technology at the Avenues school in New York and served as adjunct faculty at NYU where he taught private piano as well as keyboard harmony classes.